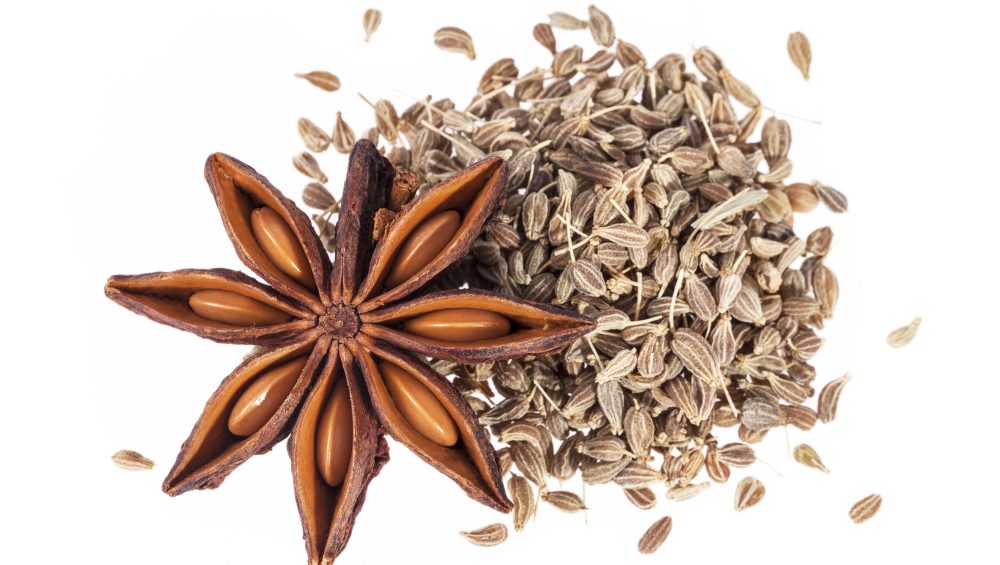 Having anise seed as a part of your diet can do a lot for you. It can protect you from ulcers and even block bacterial growth. It can also help regulate blood sugar levels.

Anise can reduce inflammation in the body, which can be beneficial to those with arthritis or other inflammatory conditions. Anise also helps improve digestion and promotes healthy gut flora. Additionally, it has antifungal properties that may help fight off certain infections.

Originally from the Middle East, anise is a plant that produces seeds used in cooking. It is commonly used in Middle Eastern and Indian cuisine. It has a licorice-like taste and is often added to desserts, teas, and liquors. It also has some medicinal uses, such as treating respiratory ailments, reducing inflammation, and alleviating nausea and pain.

Anise seed is an essential source of minerals and vitamins. It is rich in manganese, calcium, potassium, and zinc. Moreover, it is an antioxidant and a source of B complex vitamins. In addition, it is a natural antifungal and prevents the growth of bacteria and fungi. It is also a natural source of phosphorus.

Anise seeds can be stored for several years in a cool, dark place or an airtight container. They grow best in light, well-drained soil with a pH range of 5.5 to 6.5, but it also tolerates poor dry soil conditions. It can be planted in late spring or in early fall after the threat of frost has passed.

Anise is an aromatic herb that’s been cultivated in the Middle East and Europe for thousands of years. The herb has many health benefits, including antifungal, anti-spasmodic, and sedative properties. Ancient Egyptians used it to treat digestive disorders, colds, and coughs. The Greeks used anise to flavor their wines and liquors, while the Romans added it to bread and cakes. In Medieval Europe, anise was believed to ward off evil spirits.

Anise has been used as a folk remedy since ancient times. A Greek physician, Dioscorides, mentioned the herb in his medical texts. Today, anise is widely available in groceries and pharmacies. It’s also a popular spice in the world’s cuisine.

Whether to use anise seed or fennel in your cooking is a matter of preference. They are both excellent sources of antioxidants, which help protect the body from oxidative damage, and both are good for the heart. Fennel has a less strong licorice flavor and can be used as a substitute for anise. Its leaves can be eaten raw or toasted to bring out the taste. However, some people prefer to eat the fruits of the plant, which are often candied or infused with a sweetener.

The leaves of the fennel plant are small, green, and feathery. They are usually harvested when the flower heads have begun to fade. They can be dried and used in recipes. The seeds can be planted directly outside after the last frost and should be covered with dirt. They will need to be watered after germination, and the soil should be kept moist.

Among the many health benefits of anise seed is its ability to regulate blood sugar. It does this by reducing the body’s insulin resistance, making it easier for glucose to enter the cells and be used as energy. Anethole promotes the production of insulin in the pancreatic cells. The high potassium levels in anise seeds help reduce the strain on the blood vessels. Anise seeds also contain various compounds, such as phenolic acids, which can reduce inflammation and free radicals.

Anise has been used in traditional medicine for centuries to treat diabetes. Studies have shown that it can help regulate blood sugar levels and improve insulin sensitivity. Anise seed is also believed to reduce cholesterol, support cardiovascular health, and help protect against certain types of cancer.

Whether you are suffering from menopause, postpartum depression, or any other type of depression, anise seed may be a helpful addition to your daily diet. It is an excellent source of nutrients and has antibacterial, antifungal, and microbial properties, and it has an uplifting effect on your mood. Studies have shown that anise can improve the symptoms of depression.

Anise oil can be used to treat depression. It has a calming effect and may reduce anxiety, stress, and insomnia. Anethole, the active ingredient in anise seed oil, helps promote serotonin production in the brain, which is important for mental balance and well-being.

Among the many health benefits of anise seed is its ability to prevent stomach ulcers. Ulcers are painful sores that form on the lining of the stomach. These sores can cause nausea and indigestion and can lead to more serious health problems. Anise seed contains high levels of antioxidants, which help protect the stomach from ulcers.

Anise contains anethole, a chemical compound that has been proven to have anti-ulcer effects. In addition, its antibacterial properties help kill off bacteria in the gut that could contribute to the formation of ulcers. Anise also helps reduce inflammation in the stomach, which can help prevent ulcers from forming.

In conclusion, anise seed has many health benefits. It can help improve your overall health. It is a great addition to any diet.

It is rich in vitamins and minerals and low in sodium. It contains anti-inflammatory, antibacterial, and antifungal properties. With its ability to regulate blood sugar levels, protect against ulcers, block bacterial growth, and help treat depression, anise seed is a fantastic addition to any health regimen.