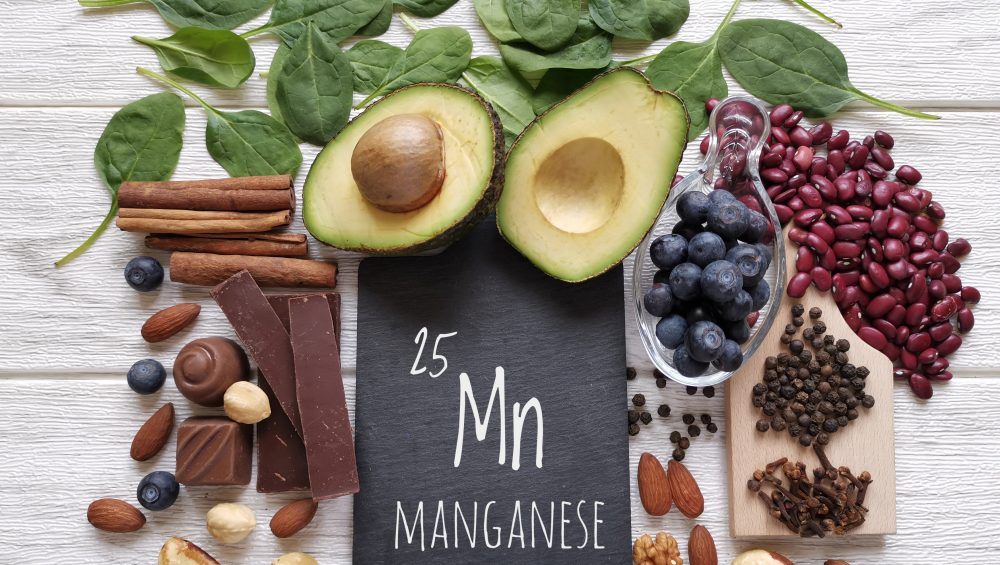 Manganese is an essential mineral that helps with bone formation, energy production, and immune function. It also aids in the breakdown of carbohydrates and fats in the body. Here are six important health advantages of manganese that you should be aware of.

We’ll start with manganese’s role as an antioxidant protector, followed by a discussion of its uses for cognitive development. Then, we’ll look at manganese’s ability to build energy and aid detoxification, and we’ll wrap things up with manganese’s role in reproductive health and the immune system. You’ll be able to take advantage of these health advantages after you’ve finished.

Manganese is a potent antioxidant that protects the cells from damage caused by free radicals. Free radicals are molecules that can harm the cells and cause inflammation and illnesses. In vitro, manganese was found to be more effective than several other well-known antioxidants, such as vitamin C and E, in scavenging reactive oxygen species (ROS). Manganese may be a greater antioxidant than we previously thought.

Manganese may be used to battle a variety of cancers when combined with other antioxidants. Manganese is an effective antioxidant that inhibits the development of cancer cells. It also promotes bone growth. Manganese has strong antioxidant properties and is beneficial for the bones and liver. It protects against free radicals.

Manganese is vital for cognitive development. This is accomplished by improving memory and learning skills. It is required for neurotransmitters such as dopamine, norepinephrine (noradrenaline), epinephrine (adrenaline), and serotonin – all of which are linked to better mental health.

A study showed that manganese deficiency could cause problems with motor skills, information processing, and attention span. It was also found to impair social interactions. Therefore, it is evident that manganese is vital for a healthy brain function.

Manganese is an essential mineral that aids in the production of energy inside your body. It aids in carbohydrate metabolism. This causes oxygen to flow more freely throughout the body, encouraging cells and tissues that generate energy.

One of the manganese facts is that it is necessary for the production of energy in your body. It’s important for metabolic processes, including glucose and fatty acid synthesis. With manganese as one of the essential minerals, these activities result in more cellular mitochondria (the organelles responsible for producing most of your body’s adenosine triphosphate or ATP).

Manganese is an essential element in several detoxification pathways in the body. It aids in the removal of environmental pollutants like lead and mercury. Many individuals are concerned about lead toxicity.

Manganese can assist us in avoiding the ill effects of this metal. It does so by invoking powerful detox systems. These enzymes are crucial for breaking down and eliminating pollutants, such as metals, hazardous chemicals, and other pollutants, from the body.

Manganese is vital for both male and female reproductive tissues to develop. It’s required for the health of sperm cells and egg cells, among other things. In men, a lack of manganese can lead to infertility. You may enhance your fertility by eating foods high in manganese.

During pregnancy, insufficient manganese intake has been linked to birth defects in newborns. So if you’re trying to conceive or are pregnant, make sure that you’re getting enough manganese. It’s present in kale, whole grains, and nuts, among other foods.

Manganese is a trace mineral that is required for the formation of white blood cells in the body. They are crucial for combating infection. It aids in the production of antibodies and the activation of T cells, both crucial components of the immune system.

Zinc and manganese deficiencies have been linked to an increased risk of illnesses. A deficit of either mineral might cause white blood cell production to decline as well as other immunity factors. So be sure that you’re getting enough manganese.

Manganese is a critical micromineral for bone growth, energy production, and immune function. It also aids in carbohydrate and fat metabolism in the body. These are six of the most important health advantages of manganese that you should be aware of.

We started with manganese’s role as an antioxidant protector, followed by a discussion of its uses for cognitive development. Then, we looked at manganese’s ability to build energy and aid detoxification, and we wrapped things up with manganese’s role in reproductive health and the immune system. You may take advantage of these health advantages of manganese now that you’ve read this material.