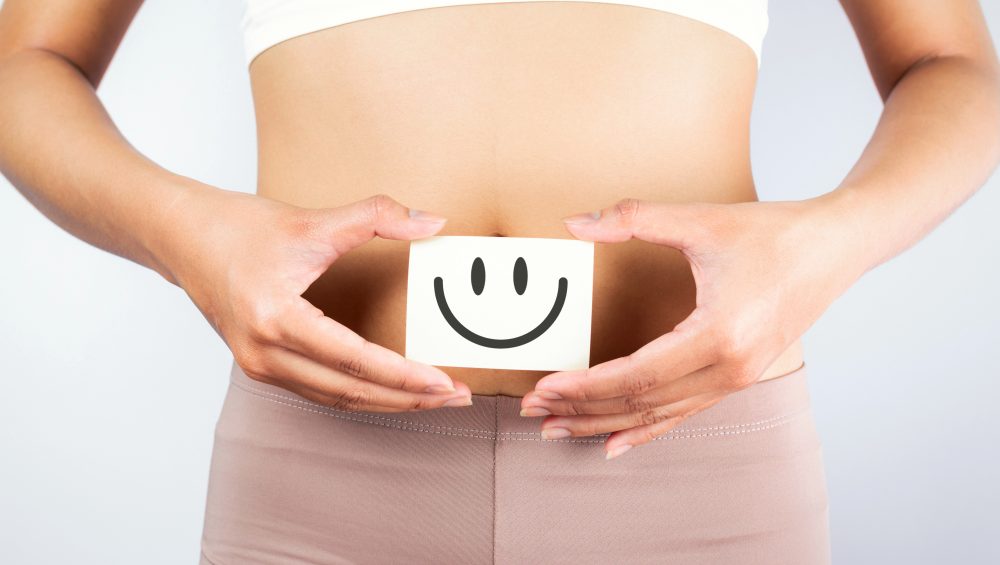 Protease is a type of enzyme found in the digestive system that helps break down proteins into smaller peptides and amino acids. This process is necessary for the absorption and digestion of protein-rich foods. There are several different types of proteases, each with its own specific set of functions. Protease inhibitors are substances that block or interfere with the action of proteases, while protease deficiency is a condition in which the body does not produce enough protease enzymes.

Protease foods are those that contain high levels of this nutrient-rich enzyme. While protease has many beneficial effects on health, it also carries some risks and side effects. Protease inhibitors and deficiency can both lead to digestive problems, while protease foods may cause allergic reactions in some people. It is important to speak with a healthcare provider before adding any new supplement or food to your diet.

Protease is responsible for breaking down proteins into their constituent amino acids. This process, known as proteolysis, plays a crucial role in many biological processes such as digestion, immune response, and tissue repair. Proteases can be divided into several subclasses based on their specific targets and mechanisms of action. Some proteases cleave proteins at specific amino acid sequences, while others act nonspecifically on any available peptide bonds.

In some cases, proteases can even activate other enzymes by removing inhibitory segments from their structures. Despite their essential roles in the body, excessive proteolysis can lead to conditions such as arthritis and Alzheimer’s disease. Thus, there is significant interest in developing pharmaceuticals that inhibit deleterious protease activity without affecting necessary physiological functions. Overall, proteases are complex and multifaceted enzymes with a wide range of regulatory roles in the body.

The digestive system produces several different types of proteases. These are enzymes that break down proteins into their constituent amino acids. Proteases can be classified by the specific type of protein bonds they break, such as the cysteine proteases, which break disulfide bonds in proteins, or the aspartic proteases, which cleave peptide bonds at the carboxyl side of aspartic acid residues.

Another classification is based on where in the digestive system the protease is produced, such as gastric or pancreatic proteases. Regardless of their specific classification, all proteases play a crucial role in metabolizing dietary proteins for nutrient absorption and energy production. Without adequate levels of proteases, our bodies would be unable to fully utilize the dietary protein. Ensuring proper digestion and absorption of protein-rich foods is a significant component of maintaining overall health and wellness. Here is a list of the main proteases.

Pepsin is a protease enzyme that is produced in the stomach. It plays a role in breaking down proteins into smaller peptides that can be easily digested. Pepsin is most effective at digesting acidic proteins, and it works best at a pH of 2-3.

Trypsin is another protease enzyme that is produced in the stomach. It plays a role in breaking down proteins into smaller peptides that can be easily digested. Trypsin is most effective at digesting basic proteins, and it works best at a pH of 8-9.

Chymotrypsin is a protease enzyme that is produced in the pancreas. It plays a role in breaking down proteins into smaller peptides that can be easily digested. Chymotrypsin is most effective at digesting proteins that have a high content of tyrosine, and it works best at a pH of 8-9.

Bromelain is a protease enzyme that is found in pineapple juice and fruit extracts. It plays a role in breaking down proteins into smaller peptides that can be easily digested. Bromelain is most effective at digesting acidic proteins, and it works best at a pH of 2-3.

Papain is a protease enzyme that is found in papaya fruit extracts. It plays a role in breaking down proteins into smaller peptides that can be easily digested. Papain is most effective at digesting basic proteins, and it works best at a pH of 8-9.

Protease is found in the stomach, small intestine, and pancreas. The protease enzyme breaks down large proteins into small peptides which can be absorbed by the small intestine. Protease also helps to break down the mucous barrier in the stomach, which protects it from digestive acids. Here are some of the health benefits of protease.

Protease Compared To Proteinase And Proteasome

Proteases, also known as proteinases or proteolytic enzymes, are responsible for breaking down proteins into smaller peptides and amino acids. Proteasomes, on the other hand, are specialized structures within the cells that carry out the degradation of proteins. They do this by targeting specific proteins for breakdown and then transporting them to proteases for further processing.

While both proteases and proteasomes play vital roles in protein degradation, it is vital to note that not all proteases function within the confines of a proteasome. Most proteolytic activity occurs outside of these structures, in the cellular fluid known as the cytosol. Proteasomes predominantly target damaged or misfolded proteins while proteolytic enzymes have more diverse targets and functions, including the digestion of food-derived proteins in our digestive systems and signaling processes within the cells. Overall, both proteases and proteasomes work together to regulate protein levels within the cells and ultimately maintain proper cellular function.

Protease, amylase, lipase, and pepsin are all enzymes that play a role in digestion. Protease specifically breaks down proteins into smaller peptides and amino acids for absorption. Amylase breaks down carbohydrates into sugars, while lipase breaks down fats into fatty acids and glycerol. Pepsin is another protease found primarily in the stomach, where it helps break down proteins in food.

Each enzyme has a specific function within the digestive system. But they also work together to ensure complete digestion of all types of nutrients. Protease, in particular, plays a significant role in intestinal health by breaking down proteins that may otherwise cause inflammation and damage to the gut lining.

In supplement form, the protease may be used as a digestive aid or help improve symptoms of conditions like irritable bowel syndrome or inflammatory bowel disease. It’s critical to note that protease should not be used as a replacement for healthy eating habits or other medical treatments – it should only be taken under the guidance of a healthcare professional. Overall, protease is just one piece of the complex puzzle of digestion, but its effects on protein breakdown can have a significant impact on overall gut health.

Protease, also known as proteolytic enzymes, plays a crucial role in the digestion and absorption of protein. Supplementing with protease can provide numerous benefits, including improved digestion and immune function. But it’s critical to choose the right type and dosage of protease supplement for maximum effectiveness.

Enteric-coated supplements help protect the enzymes from being destroyed by stomach acid before reaching the intestine, where they can be absorbed into the bloodstream. As for dosage, it’s best to start with a low amount and gradually increase to your desired level of benefit. It’s also critical to take protease with meals that contain protein for the enzymes to have something to break down.

Overall, incorporating protease into your daily supplement routine can have positive implications for your overall health and well-being. Just remember to do your research and consult with a healthcare practitioner before starting any new supplement regimen.

Protease is commonly found in supplement form. It can be beneficial for aiding digestion, reducing inflammation, and supporting immune function. When choosing a protease supplement, it’s vital to consider the specific type of protease as well as the dosage.

A higher dosage may provide more efficacy, but it’s also important to take into account any potential side effects or interactions with medication. Consulting with a healthcare professional can help determine the best course of action for your individual needs. Overall, incorporating protease supplements into your daily routine may offer a range of health benefits but should be approached with care and attention to dosage.

Protease is a type of enzyme found in the digestive system that helps break down protein into smaller molecules that can be easily absorbed by the body. Foods high in protease include animal protein, such as meat, fish, and eggs, as well as plant-based sources, like legumes, nuts, and seeds. Adding these foods to your diet can aid digestion and improve nutrient absorption. However, it’s important to note that excess protease can also cause problems such as gastrointestinal discomfort or damage to the intestinal lining.

Consume these foods in moderation and always consult with your healthcare provider before making significant changes to your diet. In addition to increasing your intake of protease-rich foods, incorporating plenty of fiber from fruits and vegetables can further support digestion and overall health. Remember that a balanced diet is key for the optimal functioning of the body’s systems, including the digestive system.

Proteases, also known as proteolytic enzymes, have a long history of investigation, dating back to the late 1700s when Louis Nicolas Vauquelin first isolated protease from the pancreas. In 1926, American biochemist James B. Sumner demonstrated that enzymes were proteins by crystallizing and filtering the enzyme urease, paving the way for further investigation into these essential catalysts.

Later in 1953, chemist and future Nobel Laureate Daniel Carleton Gajdusek used proteases to study protein structure and function. In the following decades, researchers continually discovered new proteases and uncovered their role in essential processes in living organisms, from digestion to immune response. Today, proteolytic enzymes are utilized in numerous industries, including food processing and pharmaceutical drug development. Proteases continue to provide a wealth of information about protein structure and function as well as practical applications for our daily lives.

Protease Risks And Side Effects

Protease inhibitors are medications commonly used to treat HIV and AIDS, but they can also have a range of side effects. These include nausea, vomiting, headaches, and fatigue. Protease inhibitors can also interact with other medications, leading to potentially dangerous complications. One of the most serious risks associated with protease inhibitors is an increase in liver enzymes, which can lead to liver damage and failure.

High cholesterol and fat levels may also occur as a result of taking protease inhibitors. It is important for patients taking these medications to closely monitor their health and regularly consult with their healthcare provider. By being aware of the potential risks and side effects, patients and doctors can work together to ensure safe and effective treatment.

Your digestive health should be a top priority, and incorporating protease into your routine is one way to help keep things running smoothly. Protease supplements are widely available and can be easily incorporated into your diet. However, as with any supplement, it’s important to consult with a healthcare professional before starting any new regimen, particularly if you have a medical condition or take medication that could interact with protease. When used properly, protease can offer a range of benefits for digestive health.

Sign in Create an Account
Lost your password?
Select the fields to be shown. Others will be hidden. Drag and drop to rearrange the order.
Click outside to hide the comparison bar
Compare
Compare ×
Let's Compare! Continue shopping
Shopping cart close